Can You Freeze Almond Milk?

The short answer is yes. You can freeze almond milk. Find out the pros and cons of freezing almond milk.

Like other types of milk, almond milk gets bad or spoiled in storage. The most common solution in stopping or delaying the spoilage of any food is freezing. So to stop almond milk from going bad freezing it would be a good choice. But can you freeze almond milk?

The Pros and Cons of Almond Milk

Almond milk – (check here on Amazon) is an excellent alternative to cow’s milk or any other milk coming from animal sources. It’s perfect for people with lactose intolerance and serves as an additional option for vegetarians who need milk replacements. 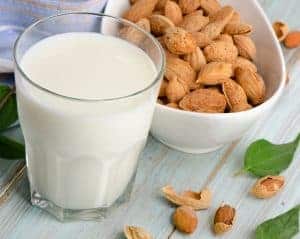 Although almond milk has less protein content compared to soy milk, it has more than what makes up in this area because of the natural nutrients inherent with almond nuts. You’re about to find out.

As sound as it is, there are known almond milk side effects. Some may already have existing allergies to almond so they should avoid this type of milk alternative.

So can you freeze almond milk? Let us look at some of the ways you can freeze it.

Freezing almond milk is usually considered as the last option in prolonging its shelf life. There are unwanted changes that can affect almond milk when it is frozen then thawed Click To Tweet These will be discussed later.

It’s a common and recommended practice that you check the label of any product you buy for the ‘best before’ date to ensure that it’s consumed in its optimum freshness and also for the safety of the consumers. When the current date has surpassed the indicated date on the product label, it may not mean it’s already unsafe for consumption.

It merely means that the manufacturer cannot guarantee that the product is still as fresh as it should be. In the case of almond milk shelf life, it could even be safe to drink weeks after the ‘best before’ date.

But I guess that you, like most other people, wouldn’t take that risk.

Some almond milk brands – (see on Amazon) can be stored unopened in shelves and at room temperature while some need to be refrigerated. Avoid the surprise and disappointment by thoroughly checking the label before you buy that almond milk.

Unopened, almond milk can last for months, if not years following the conditions mentioned above. Once you open the box, though, almond milk shelf life is drastically reduced.

Most almond milk brands recommend that you consume the whole content of the box within 7 to 10 days after you have opened it. It’s possible that almond milk is still fit for consumption after the box has been opened for longer than ten days, but you must check for signs that it hasn’t spoiled before you drink it.

Else, you might end up with a sick stomach and even hatred for almond milk. 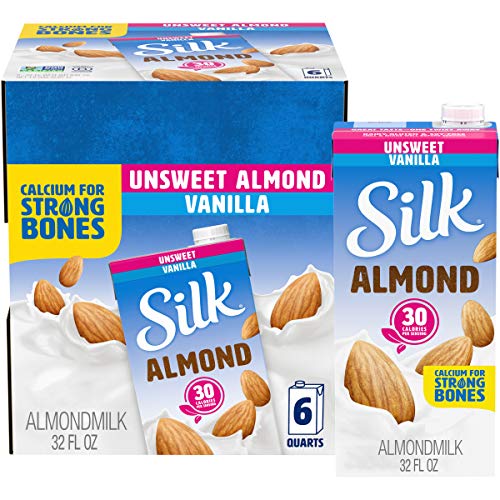 The Cons of Freezing Almond Milk

Although freezing almond milk can somewhat extend its shelf life, you will need to have it frozen until you need it. There are reasons why some of the more popular almond milk manufacturers wouldn’t recommend you to freeze their products. Can you freeze almond milk and keep it healthy? We will look at that now.

The substantial component of almond milk is separated from the water. This is very noticeable once you thaw the almond milk and pour it into a glass.

You will notice the solid content separating from its water content. And it will not look very appealing.

Most almond milk brands will not recommend freezing. They want you to consume their products in their best forms and freezing does not allow that.

Thawed frozen almond milk might last only 3 to 5 days. So remember to thaw it when you are planning to consume the whole content in less than five days.

You saw almond milk on sale and bought quite a few boxes but then realized you cannot possibly consume all of them within the indicated ‘best before’ date. Then it might be best to freeze some of the boxes which you cannot drink immediately to prevent them from getting spoiled. Of course, you can make your own almond milk juice too using a masticating juicer. Can you freeze almond milk? Here are a few tips on freezing almond milk.

Not as fresh as freezing directly from the box but it’s the next best option.

If you don’t leave enough space, your container might burst open or get deformed, and you will not be able to reuse it for future freezing purposes.

Remove the frozen almond milk from the trays. Put them together in a plastic bag and freeze again. You can use small Ziploc bags-(see on Amazon)

You can then thaw individual plastic bags.

When the day has come to use the almond milk that you have previously frozen you should thaw it out before consumption to get it back to its liquid state. But there are a few things to keep in mind when thawing frozen almond milk. Can you freeze almond milk and then thaw it safely? Read on to find out.

Moving to the refrigerator allows gradual temperature change so that the formed ice crystals are slowly melted down allowing it to combine with the solid contents of the almond milk properly.

Although it may not be as fresh as its original form, frozen almond milk still retain most of its flavor and all of its health benefits, even after some slight changes in consistency and texture. So how do you use frozen almond milk?

Almond milk is a common ingredient in Paleo diet recipes because of its low carb content with significant amounts of protein. 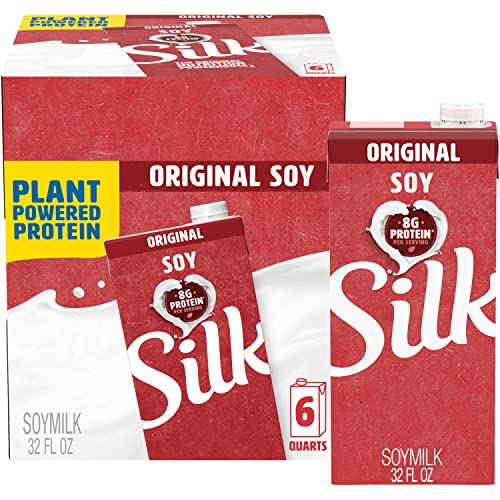 Like any other form of milk, almond milk can get spoiled and go off. As previously discussed, frozen almond milk can go bad faster after thawing than when it was just refrigerated. When that happens, it wouldn’t be safe to consume. Consuming spoiled almond milk can lead to stomach cramps, diarrhea, and vomiting.

But how do you know almond milk has gone bad?

These are sure signs that the almond milk is not fit for consumption. Another way to check for consistency is to pour a bit of it into your sink.

This is called the slime test because spoiled milk can get thick. If you notice that the flow of the milk when you’re pouring it out is not as smooth as it should be, lumps and slimes have formed, and your almond milk has spoiled.

Bad milk may smell sour so take a whiff before you drink. Another way to determine it with your senses is by giving it a quick, little taste.

Put a few drops in a spoon and taste it. Bad milk has a very distinct taste. This taste, combined with a sour smell is a sign that you should throw away that almond milk.

The small amount of almond milk you tasted should not be enough to cause food poisoning or make you feel sick in the stomach.

Can You Freeze Any Almond Milk?

These differences may affect how each brand of almond milk may react to the freezing process. Some brands will respond better to freezing with very minimal changes while some are better off stored in the refrigerator.

Most brands will not recommend freezing their almond milk because of the changes that can affect the consistency and taste which may be blamed on their products. You should experiment by buying a box from each brand then freezing small samples from each one.

Can You Freeze Homemade Almond Milk?

This will help you determine which one is best for freezing. Making your own almond milk is also recommended because it will be fresher than those that have been lying in the grocery stores for weeks or even months.

The fresher the almond milk is, the better it is to freeze it. So you can freeze homemade almond milk right away. 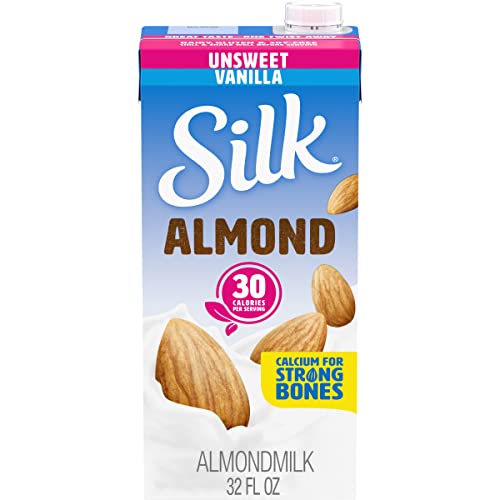 Wrapping it Up: Can You Freeze Almond Milk?

Putting aside almond milk side effects, it’s still a nutritious and viable alternative to cow’s milk. It tastes great, has good protein content

and other nutrients which makes almond the king of nuts.

There are different brands of almond milk-(check Amazon)

available in the market, so there’s one to match your taste.

So can you freeze almond milk? The simple answer is yes.

It gets complicated afterward because of the negative effects of freezing on almond milk. It’s also not recommended by most manufacturers.

You should do it only when it is necessary.

Can you freeze almond milk? Why you should and how to do it.